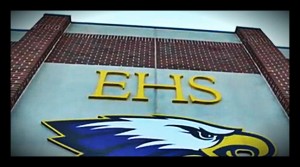 Eastside High School, located in Taylors, South Carolina, has selected the Foundation for Angelman Syndrome Therapeutics (FAST) as their charity of choice for Spirit Week 2012.  To truly understand how unique this event is, you need to know the history behind it.

Eastside High School first opened its doors in 1970 when Wade Hampton High School became over-crowded and could no longer accommodate the student body.  The two schools quickly became rivals and eventually, the rivalry turned malicious.  In 1979, Eastside Principal Brodie Bricker met with Wade Hampton’s principal to figure out a way to put an end to the growing concerns of the deleterious behavior.  Clearly ahead of their time, they decided to have the two schools compete against each other for charity and thus, Spirit Week was born. 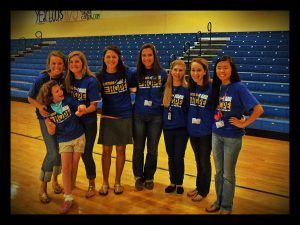 Although the creativity and funds raised have grown exponentially over the years, the rules remain basically unchanged: each school selects their own charity to support; each charity receives what their school raises for them; Spirit Week kicks off the Saturday before the Eastside / Wade Hampton football game; money may only be collected during the actual Spirit Week (September 1-7, 2012); and the winner will be announced during half-time of the game.  The Student Council of each school spends months planning their strategy; to raise more money than their opponent and positively change countless lives by their efforts.  Brilliant.  Simply brilliant.

In further trying to understand the uniqueness of Spirit Week, you must toss out any preconceived notions of a typical high school fundraiser because Spirit Week is anything but typical.  First of all, this was the first fundraiser in the country where two different high schools compete against each other for the sake of charity.  Furthermore, these kids raise bucks.  Big bucks.  Hundreds of thousands of bucks in just one week.  They work their butts off hosting as many as 70 events in one week and manage to fire up the entire student body, faculty, parents and community, all the while keeping the focus on their charity and raising awareness of their cause while creating an environment of unity and solidarity towards a goal so much larger than themselves.

Every high school has a motto, but the students of Eastside High actually live by their motto, “Strength Through Human Understanding.” They often engage in at least one fundraiser that provides them a keen understanding of the individuals they are working for. Golden Globe winner and FAST supporter, actor Colin Farrell was drawn to Eastside’s Spirit Week because of the benevolent nature of the students.  In a videotaped message he sent to the school where he expressed his gratitude for Eastside choosing FAST and the Angelman cause, he told the students, “I’m sure you all feel the sense of fulfillment you get from doing the right thing -I couldn’t have any more respect for you all.”

Eastside was drawn to the Angelman community by the undeniable sense of hope we have for the future of our children. In January 2011, FAST funded research that identified an FDA approved compound that restored cognition and motor function in the AS mouse model, ground-breaking research that FAST was able to take from the laboratory to a human clinical trial within one year – practically unheard of. FAST was able to do this quickly and with relatively little funding, demonstrating the organization’s ability to spend raised funds efficiently to produce results that will have the most impact on our children and their families.

The Angelman community will be drawn to Eastside by their youthful energy, altruism, passion and commitment to positively impact the world in ways that belie their age.  Mark your calendars for September 1, 2012, earmark a donation and get ready to tell your friends and families – you definitely want to be a part of this.

Read more about Spirit Week, see how you can participate and watch Colin Farrell’s heartfelt message by visiting the Spirit Week website at http://www.ehsspiritweek.com.