Paula M. Evans, chairperson, earned a Bachelor of Science degree in architectural technology from the New York Institute of Technology. Her career focused on residential and commercial property management in both Manhattan and Chicago. Paula oversaw the management and title transfer of multimillion-dollar properties, and handled all property negotiations, purchasing, construction/renovation projects and staff supervision. Her portfolio contained some of the highest-profile buildings and entities in the above-mentioned cities. Paula has two children. Her daughter, Ainsley, has Angelman syndrome. 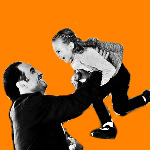 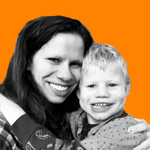 Amelia Beatty, director, Amelia Beatty received her undergraduate degree from Wellesley College and her Master of Arts degree at Sotheby’s Institute of Art London. Amelia has lived and worked in San Francisco, Boston, London, Los Angeles, Shanghai, China; Brazzaville, Congo and Algiers, Algeria. Her diverse jobs have included catering, managing an art gallery, managing security for diplomats, and working with the U.S. Department of Defense. Amelia and her husband have three sons. Their middle son has a congenital heart defect and apraxia of speech. Their youngest son, Orion, has Angelman syndrome. Becoming fluent in French while living abroad, Amelia and her husband decided to have a bilingual family, and have largely succeeded in spite of the communication challenges with two of their children. In July, 2020 Amelia and her family will move to Amman, Jordan. 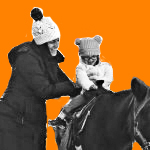 Allyson Berent-Weisse, chief science officer, is a veterinarian in New York City. She received a bachelor’s degree and doctor of veterinary medicine degree from Cornell University. She is a member of the American College of Veterinary Internal Medicine and is a specialist in internal medicine and interventional radiology/interventional endoscopy. She is a director of interventional endoscopy at one of the largest specialty animal hospitals in the world. She has spent the last 10 years performing clinical research and designing various clinical trials to develop and evaluate novel therapeutics and medical devices in dogs and cats. Allyson has three children. Her daughter Quincy has Angelman syndrome.

Meagan Cross, international liaison, has a background in information science operates a geographic information science consultancy with experience in data development, management, analysis and presentation. Meagan also runs a business in Far North Queensland Australia with her husband, Rohan. In addition, Meagan is chairperson of sister organization FAST-Australia and the founder of the Global Angelman Syndrome Registry. Meagan has two children. Her daughter Molly has Angelman syndrome. 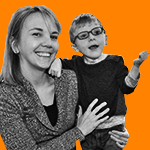 Kelly David, director, received a Bachelor of Science degree in biology and Master of Arts degree in communication sciences and disorders from the University of Central Florida. She is a member of the American Speech-Language Hearing Association (ASHA) and holds a license to practice speech-language pathology in the state of Florida. She works at a local hospital as an acute care speech-language pathologist and at the University of Central Florida as an adjunct clinical educator. Kelly’s career is focused on the evaluation and treatment of dysphagia and cognitive/communication disorders resulting from acquired brain injuries in adults. She has conducted research and presented at the national level. Kelly lives in Orlando, Fla., with her husband, Brian, and their son, Colin, who has Angelman syndrome. 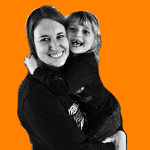 Kristy Dixon, secretary, is an international program manager for Lockheed Martin in Orlando, Fla. Kristy has worked at Lockheed Martin since 2002 in various customer-facing positions within engineering, business development and program management. Her strengths in building personal customer relationships, developing and executing win strategies, and leading cross-functional teams has enabled her to find solutions that meet customer needs resulting in the award of significant customer funds. Kristy earned a Bachelor of Science degree in computer and information sciences from the University of Florida and a Master of Science degree in computer science from the Florida Institute of Technology. Kristy has a daughter, Grace, with Angelman syndrome.

Maiddy Dunigan, vice chairperson, received a Bachelor of Arts degree in communications from University of Nevada, Reno; a Juris Doctor degree from California Western School of Law, cum laude; and a Master of Laws degree from Georgetown Law Center, with honors. She is a member of the American Bar Association and a member of the State Bar of California. Maiddy is licensed to practice in front of the Supreme Court of the United States. Maiddy spent more than 10 years at KPMG LLP and Ernst & Young LLP as a federal tax services manager in international practices. She specialized in mergers and acquisitions. Maiddy provided tax services to multinational companies in numerous domestic and international situations. Maiddy has four children. Her son Jaxson has Angelman syndrome. 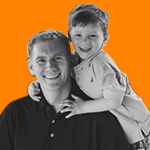 David Gurzick, director, is the Founding Chair of the George B. Delaplaine Jr. School of Business at Hood College. He has a B.S. in computer science from Frostburg State University, an M.S. in computer science from Hood College, a Ph.D. in information systems from the University of Maryland, Baltimore County, and is completing the business analytics program at the Harvard Business School. A child of the Internet, he grew up on AOL, programmed his way through dot com, and now helps develop and empower communities across a variety of social media platforms. David has twin boys; his son Chandler has Angelman syndrome. 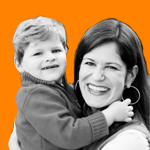 Lauren Hoffer, director, is an attorney for Dell Technologies. Lauren handles high stakes intellectual property litigation, licensing, and various legal matters for the company. Prior to joining Dell, Lauren practiced law at Morgan Lewis & Bockius and Jones Day law firms where she focused on commercial and IP litigation. Lauren earned her undergraduate degree from the University of Texas at Austin and her law degree from Georgetown University Law Center. Throughout her life, Lauren has been an active community leader and volunteer, serving on boards and committees for various civic and charitable organizations. Lauren lives in Austin, Texas with her husband Greg and their two sons, Charlie and Ben, who has Angelman Syndrome. 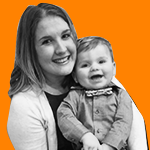 Chloe Knouff, director, is a marketing and philanthropy professional who is bringing her diverse experience to the FAST Board of Directors. Chloe graduated magna cum laude from the University of South Carolina with bachelor’s degrees in marketing and management as well as a minor in graphic design. Her most recent work with Vanderbilt University Medical Center focused on various areas of fundraising and development, including community engagement, patient outreach programs, donor stewardship and strategic marketing events. Chloe discovered her passion for nonprofits more than a decade ago, and has since garnered many local, national and international affiliations. Advancing Angelman Syndrome research funding, community awareness and family support have taken top priority for her due to her son, Wiley’s, diagnosis. Chloe lives just north of Atlanta with her husband (AJ), son (Wiley) and dog (Luna). For fun, you can find Chloe catching up on the latest binge-worthy show, cooking and hosting for friends and family, or out supporting the causes that are close to her heart.

Sam Maydew, director, is a collaborator at Silver Lining Entertainment, a full-service production/talent management company that he started with long-time partner, Jeff Golenberg. Silver Lining represents primarily film and TV talent and continues to expand their roster of personalities, writers, directors and musicians. Prior to that, Sam, Jeff and a third partner, Michael Green, started The Collective in 2005. Sam moved to Los Angeles from Seattle, Wash., and first worked in development at NBC before pursuing a producing career. Sam has three children. His son Brooklyn has Angelman syndrome. 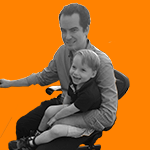 Ben O’Connor, director, is a litigation attorney for Kirkland & Ellis LLP in Chicago, where his practice focuses on commercial litigation, white-collar criminal defense, and government and internal investigations. He received his bachelor’s degree from the University of Notre Dame, a master’s degree from Saint Louis University, and a Juris Doctor from The John Marshall Law School in Chicago. Prior to joining Kirkland & Ellis, Ben served as a law clerk for the Hon. William J. Bauer on the United States Court of Appeals for the Seventh Circuit in Chicago. Before becoming an attorney, Ben was a high school theology teacher and football coach at Loyola Academy in Wilmette, Illinois. Ben lives outside of Chicago with his wife, Elizabeth, and their two children. His son, Ryan, has Angelman Syndrome.

Kena Richert, chief financial officer, is a certified public accountant with The Church at Horseshoe Bay. Prior to assuming a local accounting role to spend more time with her family, she worked at Pricewaterhouse Coopers LLP in the Assurance Practice. She provides audit services to a Fortune 50 technology company as well as other smaller private companies in various industries. She received a Bachelor of Business Administration degree in accounting from Southwest Texas State University and graduated magna cum laude. Kena is a member of the American Institute of Certified Public Accountants, Texas State Board of Public Accountancy, and the National Association of Church Business Administration. Kena has three children. Her daughter Ashley has Angelman syndrome. 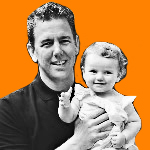 Bryan Thompson, director, is the head of business affairs for The Jackal Group, a joint venture between 21st Century Fox and Gail Berman. The Jackal Group is a studio that develops and produces television programming, feature films, and theatrical productions. Bryan is responsible for all transactions and legal matters impacting the company. Bryan has also worked at Yahoo!, where he focused on intellectual property matters and licensing, and Akin Gump, where he focused on mergers and acquisitions. Bryan has a bachelor’s degree from the University of Texas, where he graduated with honors, and a Juris Doctor from the University of North Carolina, where he was a Chancellor’s Scholar. Bryan lives with his family in Los Angeles, California. Bryan’s son, Finn, has Angelman syndrome.

As diverse as our Angelman community is, we are all united in one goal: a better future for our children. FAST is committed to bringing life-changing treatments to clinical trials within two years, but we need your help.