Menu
Towards Therapeutics - The FIRE Team Series, Part I

Edwin Weeber, Ph.D. is a Professor in the Department of Molecular Pharmacology and Physiology and the Chief Scientific Officer at the University of South Florida Health Byrd Alzheimer Institute. Dr. Weeber also serves on the Foundation for Angelman Syndrome Therapeutic’s (FAST) Scientific Advisory Board and the FAST Integrative Research Environment (FIRE) Initiative. 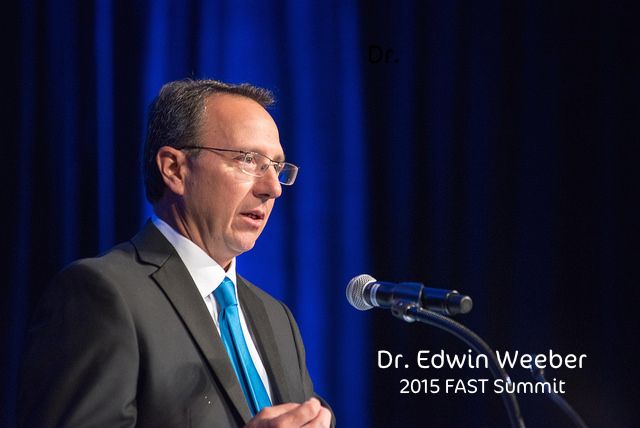 The FIRE Initiative is a consortium of scientists, with precise expertise in Angelman syndrome (AS), who work collaboratively to identify, characterize and implement new therapeutics for the treatment and ultimate cure of AS. This initiative was launched in 2013, includes five laboratories spanning four universities and is funded in full by donations made to FAST. To date, FAST’s investment in the FIRE Initiative stands at more than $3.4 million. The results of this collaboration have been remarkable and the FIRE team is now working with more than six pharmaceutical and biotechnology companies to prepare for and test potential therapeutics for human clinical trial.

During FAST’s 2015 Global Summit on Angelman Syndrome, held in Chicago, Dr. Weeber gave a talk on the behavioral differences observed in patients with AS, new potential outcome measures to be used to evaluate future therapeutics, and synaptic function in the AS mouse model. The following is a summary of his presentation:

In an initial overview, Dr. Weeber demonstrated therapeutic targets in AS. You can target different areas within (nucleus, cytoplasm, etc…) and between (synapse) neurons for therapeutic intervention. Targets are usually referred to as “upstream” (e.g. in the gene/nucleus of a cell) and include gene therapy, topotecan, etc…), or “downstream” (e.g. drugs that affect receptors or the area of the synapse) and include OV101, Ketone esters, etc…).

Dr. Weeber then moved on to discuss outcome measures for AS. It is critically important for the Angelman community to develop new clinical outcome measures for future clinical trials that rely on objective and quantifiable measurements, rather than subjective measures that rely on observation alone. New clinical measurements will help in the design of successful clinical trials, ensure proper drug evaluation and facilitate in eventual drug treatment approval. The Minocycline Trial, conducted by Dr. Weeber, taught us that the Bayley and Vineland tests for typical child development were not effective tools to test individuals with Angelman Syndrome. There was a “floor effect” with AS because raw scores of data cannot be standardized if results fall more than 2 standard deviations below “normal.” A significant change is difficult to see when it is measured against “normal.” New measures are needed that are specific to those individuals with AS, an area that Dr. Weeber is currently focusing on. 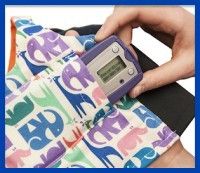 One new outcome measure being developed for AS by Dr. Weeber is the LENA System, an automatic language assessment device placed in a pouch in the individual’s clothing. It records all sounds made by the individual for 24 hours and downloads those sounds into a computer program. This program can isolate vocalization from a patient and quantify it using computer software. Then it can score the sounds from the most primitive to the most mature: Reflexive forms à control of phonation à expansion à canonical syllables à advanced forms. This will show changes in each type of sound and parameter before and after a potential therapeutic is delivered, answering the question, “Does this profile change to look more like a typical individual?” Studies in children with AS have already been conducted at USF in order to establish baseline data. Individuals with AS communicate more with gestures than sounds. Hundreds of hours of film were evaluated by a speech pathologist (Dr. Bahr) at USF showing how there are changes in vocalization and non-verbal ways of communication. We expect this data to be published soon. 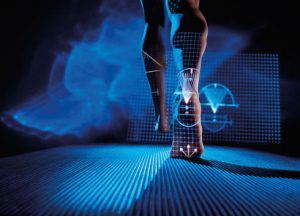 Another outcome measure in development is the gait analysis system called “Gait Mat”. Gait Mat is a computerized quantification system of several parameters of gait including stance, cadence, pronation, and other gait characteristics. This system has been used for various other disorders such as ataxia and cerebral palsy. Dr. Weeber’s study found that the gait in AS is associated with a wider stance, lower velocity of gait, longer stride width, and other anomalies. However, those with AS were found to be more similar to patients with ataxia than other intellectual and locomotor abnormalities. Developing a gait index score on this system can objectively measure changes before and after therapeutic intervention. 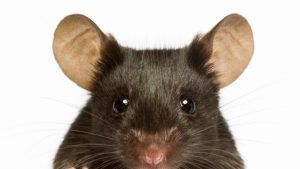 Next, Dr. Weeber is looking at synaptic function in a mouse model, attempting to elucidate what is happening at the junction between nerves and their connectivity. “Synaptic plasticity” and “connectivity” between neurons affects learning. In the AS mouse model, we see deficits in trafficking and synaptic communication. If you administer low frequency stimulation you can see more long-term depression (LTD), a process that is involved in learning and memory. What Dr. Weeber found was that if you give as much depression as possible to the AS mouse, it starts to look more like a typical mouse. This tells researchers that in the AS mouse model, the neurons in the hippocampus have the ability to perform just like typical mouse neurons. Alteration in communication between two neurons, globally throughout the brain, results in many symptoms. Can we treat all the synaptic connections in the brain and get a global therapeutic? That is the goal.

Finally, Dr. Weeber is conducting biochemical testing of the ubiquitin cascade. The ubiquitin cascade is a cycle that is UBE3A driven but is dependent on enzymatic activities as well as various other things in the environment. We need to know how active the UBE3A protein is, not just how much is present. There needs to be regulation and function, which may be more important than quantity. We are now able to measure activity of the protein rather than just quantity. Since UBE3A targets proteins for ubiquination, which results in either protein breakdown, recycling, or improved function, an enzymatic activity test can look at function versus quantity of UBE3A to show improvements over time. This enzymatic assay will be useful to evaluate protein replacement, gene therapy or paternal allele activation strategies in the future.