Menu
What the Gala means to me 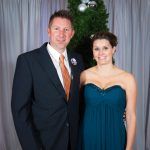 From my first encounter with the Foundation for Angelman Syndrome Therapeutics (FAST), shortly after my youngest son’s diagnosis of Angelman Syndrome in November of 2011, I have been overwhelmed by emotion; however, none of those emotions compared to what I felt while attending my first FAST Global Summit on Angelman Syndrome (AS) as the newest FAST board member.

The minute my husband and I walked into the Renaissance Downtown Chicago Hotel on Gala Eve, so many familiar faces and smiles greeted us.  Whatever apprehension we may have had prior to arriving quickly vanished because, in a strange way, it felt as if we had finally found a “home” amongst people who truly understood.  “For the once a year I get to see so much of my angel family, I can not express enough the love and understanding there is.  One amazing place I never feel alone,” is how fellow parent Jeff Mears describes it.  After communicating with the Angelman community via Facebook for nearly a year, I was eager to experience first-hand the magic and camaraderie of the Gala that so many had spoken about.  In all honesty, I was also hoping that it would begin the healing process, after a year filled with tremendous highs and lows following a diagnosis of AS, little did I know it would provide all of these things and so much more!

The FAST Summit kicked off on Saturday, December 1, 2012, with a FAST-sponsored Education Seminar led by Erin Sheldon and Mary-Louise Bertram.  I felt the Education Seminar was the beginning of a complete and more inclusive journey with my own son; a day full of inspiration, of sharing and connecting as a community and I felt enthusiasm starting to swell.

The Gala commenced at 6:00 p.m. with the Cocktail Hour and as I scanned the room, I was overcome with the beauty and joy from everyone gathered to celebrate.  Entertainment, delectable food, inspiring and heartfelt speeches made it a night to remember.  Sharing the evening with individuals on the same journey that my husband and I are on was priceless.  Gala guest and father to both Becca and Kayla, Jason Berkley, exclaimed, “Gala weekend is the one weekend a year Cindy and I get to relax, and party like people without an Angel at home.”  Friends, old and new, enjoyed signature cocktails such as the Blue Angel and butler-passed hors d’oeuvres while browsing the extensive silent auction display.  Even those unable to make it to Chicago were able to participate in the auction this year thanks to FAST partnering with QTEGO, a wireless bidding technology company.

As the Gala unfolded, over 600 guests spanning 12 countries, as well as nearly 2,000 virtual participants who joined via live web stream throughout the weekend, came together to celebrate the impact that FAST has had on all of our families; restoring HOPE within our community.  The Gala opened with wonderful entertainment provided by the incredible Shannon Rovers Irish Bagpipe Band, as well as the famed Trinity Irish Dancers, donating their time to support FAST and the Angelman cause.  Despite every attempt possible, a filming conflict prevented Guest of Honor, Colin Farrell, from being able to attend in person and no one was more disappointed than Colin himself.  He arranged with the hotel to appear via Skype so he could address the attendees at the Gala, and feel, in some way, as though he was there himself.  Colin spoke directly to fellow parents and shared with them the struggles and joys he experiences being the father of a child with AS.  He was most disappointed about not seeing his two favorite Gala guests, Billy Yoakam and Stevie Kobela, and took the opportunity to speak directly to them and their families.  He joked back and forth with FAST Chairperson, Paula Evans, but Colin became serious when he praised the Board of Directors of FAST for their hard work and dedication to the Angelman community.  In turn, Paula thanked Colin for his continued support and invaluable contributions, specifically in regards to his efforts in raising awareness.

Paula expressed her love and appreciation for all of the enriching relationships and experiences AS has provided her and gave an overview of the many accomplishments of FAST in its mere four years of existence; including funding ground-breaking scientific research, a human clinical trial for a potential therapeutic, several FAST-TRAC Grants, over $360,000 in Postdoctoral Fellowship Grants and most recently, the launch of FAST’s Integrative Research Environment (FIRE) – the most novel, aggressive and comprehensive AS research project to date.

Eagerly awaited Keynote Speaker, Dr. Edwin Weeber took the stage to speak about the current human clinical trial on Minocycline in the treatment of Angelman Syndrome, and although unable to share any specifics regarding the trial until its conclusion in early 2013, he did indicate that early signs appear “positive”.  He stated that it would be in the best interest of parents of individuals with AS to register with the RDCRN (click here to register) in the event of a potential Phase III Minocycline trial expansion.  Joining the contact registry with the RDCRN will assist researchers to identify and recruit patients who are eligible for participation in future research studies.  Dr. Weeber credited the Angelman community for the advancements and excitement surrounding AS research, telling the audience that when the book is written on Angelman Syndrome, no one scientist, medication or intellectual property will emerge the hero, rather it will be the parents and the community that will be credited for this miracle in the making.

FAST Chief Science Officer, Dr. Rebecca Burdine discussed the FIRE Initiative and the inaugural consortium of AS experts, consisting of Drs. Anne Anderson, Scott Dindot, David Segal, and Edwin Weeber.  Dr. Burdine announced a commitment of at least $1 million a year for the next four years to the FAST Initiative and made a direct call to action for support from the community to locate potential donors and raise critical funds necessary to support and expand the project.

I will be working in my role at FAST to introduce a new and exciting signature fundraiser that will be released in the coming months to support these efforts.  This signature event will provide the community with the proper tools and capability to raise funds anywhere that it is implemented – stay tuned for additional details.

Dr. Burdine also announced a project-specific goal to raise $25,000, allowing FAST to fund the creation of an Angelman Syndrome assessment tool, enabling professionals to measure skills of an individual at any point in time; perfect for ongoing and future clinical trials.

The evening also provided an opportunity to recognize those who have played instrumental roles in the FAST mission this year: Corporate sponsors who made the Global Summit on Angelman Syndrome possible; fellow AS parent Kim Haynes for her commitment and boundless energy in Eastside High School’s 2012 Spirit Week; Eastside students – Molly and Maddie Wike, Addie Patterson Wilson, and Isaac Rodgers from Eastside who presented the $150,000 check on stage and earned a deserved standing ovation.

Debbie Guagliardo (the only FAST board member who is not a parent of a child with AS) was chosen by the community and awarded the Angelman Syndrome Family Gratitude Award (ASFG) in honor of her tireless commitment and volunteer hours spent as a key member on FAST’s Board of Directors.

After the speeches, the awards and the recognitions, guests enjoyed a delicious dinner and dessert and then danced the night away to the fabulous 7th Heaven Band.  Lisa Tomik Riso, mother of Madie and Vince, poignantly expressed her feelings regarding the evening, “The gala is my Christmas.  The one night of the year when I get all dressed up, put on makeup, and celebrate my kids with my dear friends and 500+ parents who understand my life.  All while raising money for a great cause; a cure for Angelman Syndrome because that is the greatest gift of all”.

The following day, FAST hosted a Scientific Symposium with three of the four researchers from the inaugural FIRE Initiative; Drs. Weeber, Dindot and Segal and moderated by Dr. Burdine.  Members of the audience, joined by a vast online contingent, were able to ask questions and receive responses in real time.  Parents from numerous countries, ranging from Columbia to France to Guatemala posed important and relevant enquiries to the panel.  Members of the audience also had the opportunity to speak with panel members one on one during the break and at the end of the Symposium.  After the Symposium ended, attendees and online participants were left with excitement and HOPE for their loved ones and every individual living with Angelman Syndrome.  Rob Manning, father to Arianna, shared his feelings about the weekend stating, “I am amazed year after year how much love and support can be generated from our community.  Once a year, hundreds of us can gather together with the goal of how to better the lives of our loved ones and ultimately defeat AS.  We are able to lift each other up if our year was difficult and also celebrate our loved ones’ accomplishments.  With the addition of the conference this year, we had the platform to share our knowledge with each other.  We are a gifted, loved and cherished family and Gala weekend is our Thanksgiving.”

I felt enveloped by the HOPE that awaits each of our loved ones in the months to come.  Every one of my experiences and each person that I met filled my soul with love, pride and the determination to work harder.  FAST has much to do in embarking on the journey with FIRE, but as I witnessed throughout this magical weekend, strength and momentum grow when we support one another.  I am thrilled to work with such a strong, dynamic and dedicated group of individuals and with an equally passionate community.  I cannot wait to see all that is accomplished as we continue to work together for a common goal of meaningful therapeutics for Angelman Syndrome.

As I return home with an incredible realization that my family has indeed now expanded in scope, I thank you for making my first Gala so amazing and enjoyable. 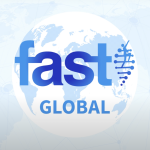 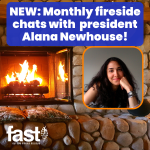 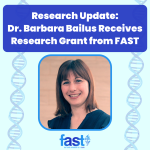 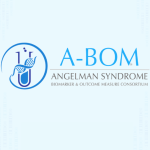 What is ABOM and why does it matter?
X
X