There are events in a person’s life that he or she never forgets.  Usually, these are weddings, children’s birthdays, milestones or accomplishments in a professional career or even simple moments spent with people you care about that elicit a random smile upon reflection.  The key point is, these unforgettable events hopefully provoke a positive emotion.  Unfortunately for AS parents, we all share an event, diagnosis day, that we would like to forget. 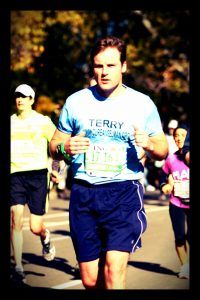 You don’t have to read John Gray’s Men are from Mars, Women are from Venus to have a general perspective on the differences men and women display in dealing with stressful, dramatic experiences.  For me, the parallels are obvious and real.  Our son William, now 5, was diagnosed with AS in 2008.  Like all AS parents, my wife Shannon and I were devastated when the diagnosis was received and spent weeks aimlessly grasping for answers and guidance.  After all, there is no playbook for being an AS parent.  Shannon bounced back faster, continuing with Will’s daily regiment of therapies, while I “retreated to my cave” by withdrawing from Will’s day-to-day progress.  My focus became “extreme”: searching for AS cures and seeking distractions from AS through my career pursuits.

I eventually developed a game plan to channel my emotionally-charged but somewhat misguided energy.  I did two things: I became a board member of FAST, intrigued by the passionate drive of Paula Evans and the rest of the board to simply focus all efforts on finding a cure for Angelman Syndrome; and I started my own foundation, GoodWill, to tap my network in order to raise awareness and funds for FAST and Will’s educational programs.  However, while my focus was sharp and ambition high, my impact was lagging and I felt a catalyst was necessary.

The catalyst idea was rather easy; running the NYC Marathon was always on the accomplishment list (usually renewed annually as I stood in a First Avenue pub in NYC, beer in hand, watching courageous runners endure), but came at some cost.  We never hid Will or AS, but we were never proactive or offensive about his cause either.  Becoming proactive essentially required leaving a comfort zone.  We had to let a lot more people know about our personal emotions and challenges regarding AS and we had to ask people for support, something we’ve never been good at. 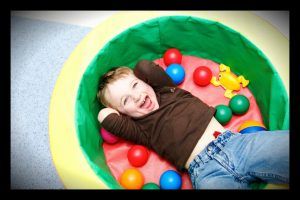 Training for the NYC Marathon was truly an incredible experience.  No challenge I’ve ever embarked on has provided me with more perspective on my physical and psychological composition.  While challenging at times, it ultimately became therapeutic.  Running the NYC Marathon was astonishing and memorable; being brought to tears pre-race by a song on my Ipod reminding me of my buddy Will, exchanging high-fives along the route with little children in Brooklyn, uttering obscenities about the unkind trajectory of the 59th Street Bridge, having a friend (Jim Harrington) bear an AS shirt as he ran, seeing Shannon along with family and friends cheering on First Avenue (they had the beers this time), having a buddy (Bryan Kievit) jump in and run a few miles with me at my weakest point, and crossing the finish line, body sore, but spirit soaring.

In every way, the NYC Marathon turned out to be an incredible success.  We raised $40,000 for FAST and Will’s current school, the Children’s Therapy Center in Fair Lawn, NJ.  In the last few months, I’ve been contacted by several friends who are interested in leading events to benefit GoodWill.  And finally, 3.5 years post-diagnosis, I added an unforgettable moment I didn’t actually want to forget.

Terry Sullivan is an AS parent and FAST Board Member.  He resides in Ridgewood, NJ with his wife Shannon and three children: Will (5), Kendall (4) and Payton (2).