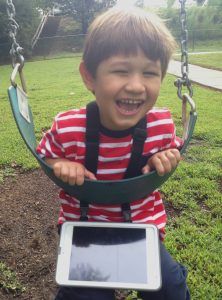 Individuals affected with Angelman syndrome (AS) are known to have limited functional speech and are typically able to communicate through gestures, sounds, minimal signs, and augmentative communication devices (AAC). The lack of functional speech in AS is thought to be associated with cognitive delays and oral motor dysfunction. Traditional neuropsychological tests, like the Bayley Scales or Vineland Scales, are ineffective at assessing the development in individuals with AS due to their behavioral characteristics, which interfere with the ability to accurately measure a patient’s adaptive behaviors, motor function, and cognitive abilities.

Utilizing a method that could more accurately assess the communication development of an individual with Angelman syndrome by accurately measuring changes before and after potential therapeutics would prevent false-negative results. These therapeutics may actually improve cognition and communication; therefore, accurately capturing the changes pre- and post-therapeutic is critical. The goal of this Foundation for Angelman Syndrome Therapeutics (FAST) funded study was to describe a novel method to capture, quantify and analyze the communication ability of patients with Angelman syndrome and to demonstrate that it can be done with specificity.

This study evaluated the audio and video-recorded interactions of a speech pathologist with 9 children with Angelman syndrome and one neurotypical control, ranging in ages from 34-126 months. The speech pathologist interacted with the children in order to elicit vocalization and non-verbal communication. Audio recordings were transcribed and characterized and a phonetic inventory was created using the various sounds heard. Gestures were classified by function, behavioral regulation, or social interaction.

"Typically, the children with AS tended to use central and low vowels, suggesting the presence of childhood apraxia of speech."

This study demonstrated that the utilization of video-recorded behavioral observations can provide a feasible and reliable alternative for quantification of communication ability in children with AS and may be employed during future clinical trials when testing potential therapeutics that could impact communication and cognition.

It was shown that children with AS use more primitive forms of communication likely related to childhood apraxia of speech compounded by deficits in receptive and expressive language. These informal measures of communication could facilitate the assessment of natural development in AS, behavioral modification, and future thera 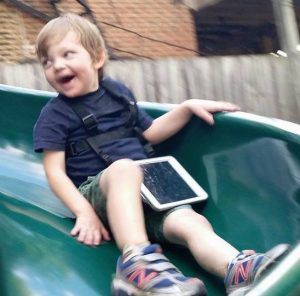 peutic interventions. Individuals with AS can complete many tasks on traditional testing instruments, but fail the tests because they can not do it in the allotted time, or on command by evaluators they are not familiar with, thus they often obtain very low scores. As the pipeline for potential therapeutic to treat AS are being developed and expanded, a measure that can detect a true change in behavior and cognitive ability in this complex population of individuals is ideal. This is a novel biomarker and outcome measure, which is needed for clinical trials.

In conclusion, AS researchers agree the neuropsychological outcome measures that exist currently do not accurately measure the cognition, communication or motor ability of individuals with Angelman syndrome. Due to the current outcome measures’ (Bayley, Vineland, etc..) inability to capture changes when a therapeutic is applied, researchers will risk reporting false-negative results, even if there is a positive effect. With new tools, the communication abilities can be captured, quantified and analyzed in AS patients more accurately. This new measure can detect small changes in communication ability or oral motor function during a clinical study for new therapeutics. Additionally, the impact of communication partners and the environment of a patient at the time of assessment should be carefully considered, as those with Angelman syndrome will communicate differently with familiar people in everyday situations.