[wpv-autop]Effects of the synthetic neurosteroid ganaxolone on seizure activity and behavioral deficits in an Angelman syndrome mouse model.[/wpv-autop][wpv-autop]

Recently published work from Dr. Edwin Weeber’s lab, funded by the FAST (Foundation for Angelman Syndrome Therapeutics), “demonstrates that ganaxolone ameliorates many of the behavioral abnormalities in the adult AS mouse, and tolerance did not occur to the therapeutic effects of the drug. The results support clinical studies to investigate ganaxolone as a symptomatic treatment for AS”. 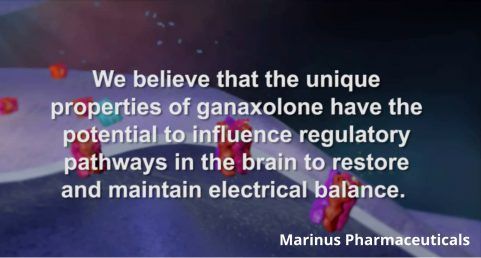 Decreased tonic inhibition has been reported in the Ube3a deficient mouse model. A loss of tonic inhibition can result in too much excitation of the brain and can display symptoms such as seizures, anxiety, motor dysfunction, poor attention span, poor learning and memory, ataxia/balance issues and incoordination. Ganaxolone, a synthetic neurosteroid that acts to stimulate the synaptic and extrasynaptic GABAA receptors, was tested to see if it could restore some of this tonic inhibition loss seen in adult mice with Angelman syndrome. In this study ganaxolone was found to be anxiolytic, anticonvulsant, and improved motor deficits in the adult mouse model of AS.

This study demonstrates that ganaxolone improved many of the behavioral symptoms, anxiety, motor dysfunction, incoordination, learning and memory deficits, and seizures seen in mice with AS. No tolerance was seen to this drug over the course of the 4 week study. These results support the need for future clinical studies to further investigate ganaxolone as a symptomatic treatment for humans affected with AS.

Angelman syndrome is most commonly associated with a maternal deletion on chromosome 15 in the region of 15q11-13, resulting in loss of function of the UBE3A gene. This area of deletion
includes loss of other, non-imprinted genes, one of which is GABRB3, a GABAA receptor subunit gene. This population of people affected with AS also have a higher prevalence of epilepsy. This altered GABA receptor function may underlie some of the epileptic, behavioral, and cognitive abnormalities seen in those with AS. In cases of AS caused by mutations or other genetic forms, where GABRB3 is not missing, benefits can be seen with increased GABA function.

Decreased tonic inhibition is known to be a major component of the symptoms of AS, in both humans and mice. Administration of a selective extrasynaptic GABAA receptor agonist (or stimulator), increasesing GABA function, improves the abnormal firing seen between neurons of the brain, and can allow the neurons to function more appropriately. Additionally, the loss of Ube3a in the GABAergic neurons of mice leads to cortical hyperexcitability and enhanced seizure susceptibility. In human brains evaluated post-mortem, those affected by AS had a lower amount of GABAA receptors expressed compared to non-AS brains. All of these findings support that deficient tonic inhibition mediated through extrasynaptic GABAA receptors is associated with many of the symptoms seen in AS.

Neurosteroids are chemicals that can have a stimulatory effect on the extrasynaptic GABAA receptors. Various neurosteroids, like progesterone, have been shown to improve anxiety, seizures, cognition, and vision in various rodent models. There is some data to support that neurosteroids may also enhance learning and memory. Ganaxolone is a neurosteroid that modulates the synaptic and extrasynaptic GABAA receptors. Ganaxalone may be taken orally to address the “GABA deficiency” seen in AS. Ganaxolone is known to show protective activity in various seizure models of rodents, and does not show tolerance over time. In limited human clinical trials of epilepsy, ganxolone was shown to be safe and well tolerated. Efficacy is currently being evaluated.

The goal of this study was to evaluate the effects of ganaxolone in mice with AS over a short (3 days) and a long period of time (4 weeks). It was found that AS mice demonstrate significant improvements in behavior, anxiety, motor coordination, neurologic function, learning and memory, and seizure activity. This study supports further evaluation of the use of ganaxolone for the potential treatment of symptoms for those affected with Angelman syndrome.

Right; A visual demonstration of how Ganaxolone works in the brain, courtesy of Marinus Pharmaceuticals.