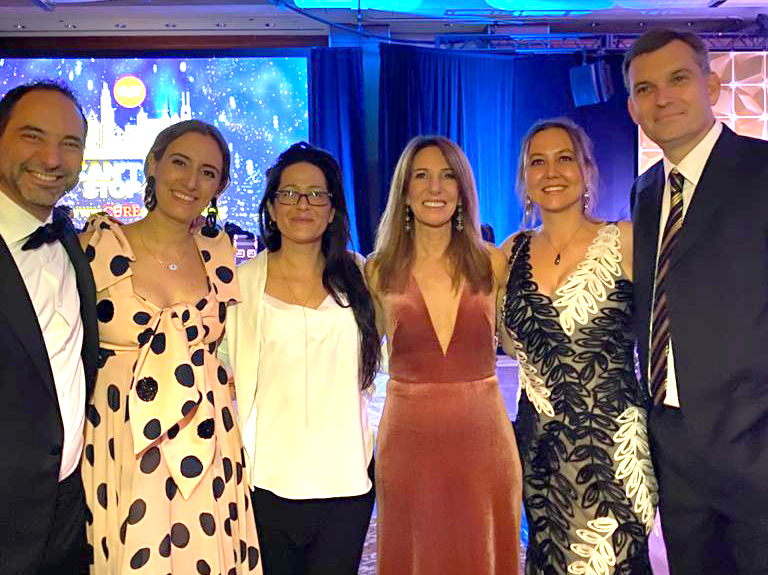 Despite being one of the most stable and economically prosperous countries in South America, Chile’s Angelman syndrome (AS) diagnosis rate is staggeringly low. According to FAST LatAm’s estimation, there are only about 100 people with a formal AS diagnosis in Chile. Unfortunately this low diagnosis rate compared to the population is common throughout Latin America, a fact FAST LatAm is working to change.

Yoselin and Rodrigo Gotschlich’s seven year old son Nicolas is one of the few people in Chile with a formal AS diagnosis. After a series of genetic tests, Nicolas was diagnosed in February 2015. “It was a terrible day, the saddest of our lives,” says Yoselin, “full of looks and phrases determined to show us everything that our son would not be able to do. All of the plans we had for our son suddenly vanished. ‘What are we going to do now?’ was the thought that turned in our heads while everything was black around us.”

Like so many newly diagnosed parents around the world Yoselin and Rodrigo searched the internet for information on Angelman syndrome and they found FAST. That same year they flew to Chicago for their first FAST Summit & Gala. Yoselin says, “It was really the beginning of hope after the specialist in Chile said there was nothing to do. Being at the Summit & Gala was a dream of not being alone, of sharing not only sadness, but also achievements and hopes. Scientific studies, gene therapies and the possibility of curing the syndrome were real. It was only a matter of time.”

Yoselin and Rodrigo have followed the advances in AS science and FAST research developments closely and have wanted to help bring this knowledge to Chile. “I thought about how important it was to bring this information to our community and I contacted many families in Chile. I informed them of FAST and its goal, but it seemed so far… almost impossible” admits Yoselin.

Impossible that is, until Yoselin and Rodrigo met other like-minded and determined Latin American families at FAST’s 2019 Summit & Gala- Stephanie and Roy Azout (from Colombia), Melina Klurfan and Maxi Aubi (from Argentina). “We talked about the important work of FAST and the impact it would have on our children’s lives. We talked with Melina about the diagnosis difficulties in our countries and about some projects they had in mind.”

“Two years later,” continues Yoselin, “these 3 women-fighters, motivated by the hope (now reality) that gene therapies will stop being a distant dream for the vast majority of people in Latin America, invited me to join forces as FAST Latin America. I did not hesitate for a second and immediately we began to work. There I met Marcela Saldarriaga, co-founder of FAST Colombia. Also, Cynthia Hirschhorn from México is joining us to support all of our efforts. Today, together, with the support of FAST, we founded FAST LatAm.” Andrea Lanas and Eugenio Figueroa, whose daughter Clara also has AS, have assisted Yoselin and Rodrigo on a local level to establish FAST Chile.

FAST LatAm’s mission is to join resources to work toward a better quality of life for individuals with AS in Latin America and their families, help guide newly diagnosed families, provide genetic counseling and medical and therapeutic guidance for families, as well as communicate valuable information in Spanish about clinical trials and therapeutics, and FAST-funded scientific advancements for the treatment of Angelman syndrome. FAST LatAm is also looking to start a Natural History Study in the region.

“Today, we need to make a change. We want to declare in Chile and in all Latin America that there will never again be an Angelman family alone. We want all parents to be able to feel in their hearts this hope that FAST has brought to us” concludes Yoselin.