International Angelman Day: What’s on & what you can do

This International Angelman Day. The goal  is to raise awareness of Angelman syndrome worldwide, mobilize people to action, encourage fundraising, promote research and educational resources and to remember those individuals with AS who are no longer with us. It is a campaign that everyone – parents, family, friends, and even those that do not know […] 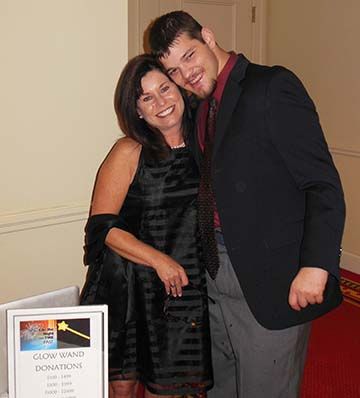 What do you do when you are told your child has a rare and debilitating condition and that the science suggests it can be treated or cured, but the researchers don’t have enough funding? You form an army of friends, relatives, fellow families, volunteers, business men and women, strangers and anyone willing to listen…. to […] 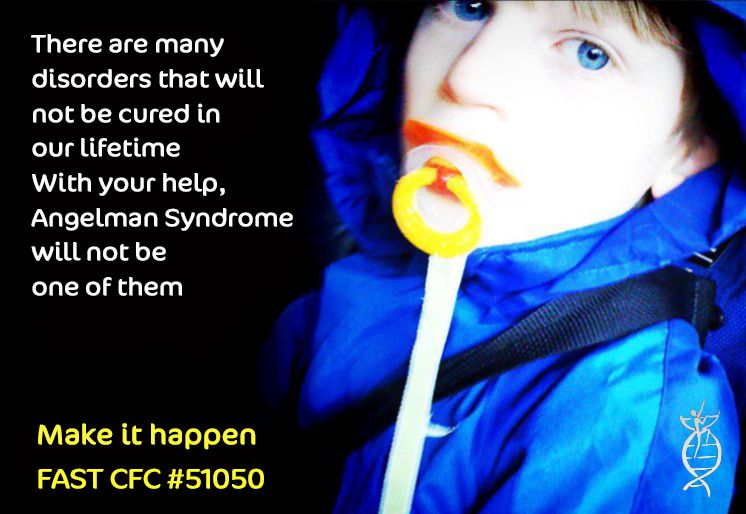 The Federal Government’s Combined Federal Campaign (CFC) season has kicked off and FAST; the Foundation for Angelman Syndrome Therapeutics (CFC #51050) is now on the list of approved charities!! CFC is the world’s largest and most successful annual workplace charity campaign, with almost 200 CFC campaigns throughout the country and overseas raising millions of dollars each year, this […]

On May 11th in Castle Rock, Colorado, approximately 400 participants came out for the first-ever “Moms Rock 5K” for FAST!  A virtual run was also held with several angel families lacing up for their own race. Runners and walkers enjoyed some awesome Colorado spring weather, a great silent auction with a ton of amazing items donated […]

My name is Alex McFee; I am a senior at Western Michigan University and am an active member of my sorority Sigma Kappa.  Each year for Greek Week the fraternities and sororities at my school choose one member from each chapter to represent them.  This year, I was chosen and one of my responsibilities was […]

The Foundation for Angelman Syndrome Therapeutics (“FAST”) is pleased to announce that the 2nd Annual Global Summit on Angelman Syndrome will take place on Saturday and Sunday, December 7-8, 2013 at the Hyatt Regency Chicago.  You will not want to miss this year’s excitement as we have more free seminars, more guest speakers and even […]

Lite the Night on FIRE, a benefit for FAST

Please join us for a unique fundraising event on Friday, Sept. 11th, 2015 at Boston Harbor Hotel from 7:00-11:30pm. Enjoy great food & drinks, dancing to the band Fusion, guest speakers, silent auction, and inspiring “Lite the Night” paddle raise. FAST is committed to raising at least $20 million to continue support of the FIRE […]

More than just a wheelbarrow

Most parents of a child with Angelman syndrome (AS) would do whatever it takes to create a new, brighter future for their children and a great deal of us choose sporting challenges as our avenue to help, to make a difference.   Each week we post new stories of people setting goals and pushing the limits […]

“It is good to have an end to journey toward; but it is the journey that matters, in the end.”~Ernest Hemingway To families of individuals with Angelman Syndrome or any disorder, the beginning of the De Greef family’s journey will be a familiar one.  A story of how they discovered the journey they are on […]

A monumental amount of training is required to tackle an Ironman, our community, with two dedicated running groups; Miles for Smiles and Angel Runners is eternally grateful for those who challenge their bodies while raising funds for FAST at the same time! This weekend The Ochsner New Orleans IRONMAN 70.3 will be held,  comprising of […]