Menu
Be Inspired | CAN 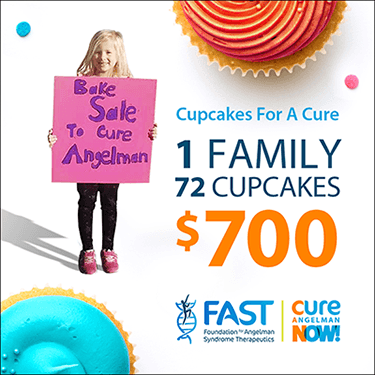 An apron is just a cape on backwards

The Crow family already made the decision. They would raise $2,000 in 2018 to cure Angelman syndrome. But it took an example and 5-year-old Charlie to give the idea sizzle.

“We were so excited about raising money,” says Stephanie, whose 3-year-old daughter, Laura, has the disorder. “I asked Charlie if she would like to help me find something we could do. We looked online and found another little girl who was making lemonade, and I said we could do that, or bake something.”

“What could we bake?” Stephanie asked Charlie.

Charlie’s answer was swift and sure – “Bacon!”

Stephanie gave the idea a second to sink in and agreed, “Who doesn’t love bacon?” She scoured cookbooks and the web to find bacon recipes and landed on Maple Bacon Cupcakes.

“They just sounded amazing, and they are,” says Stephanie. “Cupcakes for a Cure” was born.

The family of five lives on a U.S. Airforce base in Las Vegas, where Stephanie’s husband, Allen, does vehicle maintenance. But their stay in Las Vegas is temporary. The Crows are in the midst of moving to Tacoma, Wash., partly because there are so few medical resources and professionals who can treat Laura. The family has traveled to California and Utah in order to find specialists to help their daughter. There was more than an eight-month wait in their home community to get a therapy appointment. That won’t be the case in their new home, which will be on a much larger military base with a hospital just minutes away.

Yet, what their current community lacks in medical resources, it makes up for in encouragement and support.

Stephanie and Charlie launched Cupcakes for a Cure to coincide with a giant community yard sale at the Las Vegas base in February. They created a “CAN” site on the FAST (Foundation for Angelman Syndrome Therapeutics) website and posted their campaign on a Facebook page.

A dozen cupcakes were sold for more than $250 before they even began baking. They made six dozen in all.

“We didn’t name a price for the cupcakes,” says Stephanie. “Some people gave a dollar, some gave $20. Some didn’t want a cupcake, but wanted to donate. People who I hadn’t heard from in years donated online. ”

Before they knew it, Stephanie and Charlie had raised $700 with Cupcakes for a Cure. The family has since boosted their 2018 goal to $5,000.

It might seem that it would take an enormous effort to create such an effective fundraising campaign, but Stephanie confesses that she loves to bake. As a busy mom with three children, baking gives her peace. It’s relaxing.

As for Charlie, her job came later.

“She is only 5. She still licks her fingers,” giggles Stephanie. “I did everyone a favor by just letting her watch.”

When the cupcakes were done, Charlie’s job had just begun. Together she and a friend hawked the cupcakes to garage-sale goers. They waved hand-painted signs to passers-by from the sidewalk.

“She had a couple of moments when no one was stopping. They were mini heartbreaks for her. But she was just a trooper and kept at it,” says Stephanie. “She was so proud of herself, too. She kept talking about how she was raising money to cure Laura. That’s when I realized the magnitude of this. I showed her the FAST website and all of the people with Angelman. I told her that she was not just raising money for her sister, but for all of these people.”

“This is more than an effort for our family,” Stephanie adds.

Although the Crows will be displaced for several weeks as they make the transition from one home to another, Stephanie says she is excited to settle into a new community and introduce Cupcakes for a Cure all over again.

“We have a whole new community for cupcakes!” she adds.

Want to support the Crow family’s efforts? Click here to donate to their Cure Angelman Now (CAN) page. 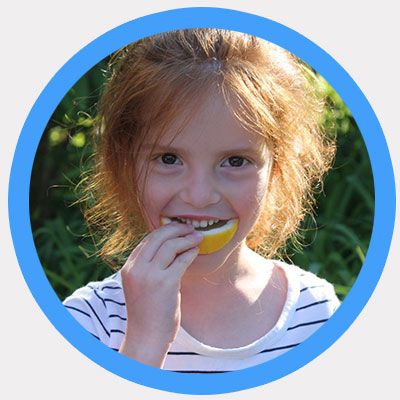 Six-year-old Na’ama Uzan has raised more than $90,000 toward a cure for Angelman syndrome. It all started with a lemonade stand and a desire to help her older brother, Nadav, who has AS.

When Na’ama was 4 years old, she tried to think of a way to help fund research for a cure. “Now, there’s somebody working every day knowing that a little girl is standing on the corner calling out for lemonade, and that is paying the researcher’s salary,” says Na’ama’s mom, Ru.

Her idea began simply enough, but it has grown into a multi-faceted effort to engage others in seeking a cure. She challenges people to open their own stand on her Facebook page: AS Lemon Stand Initiative. Be sure to check out Na’ama’s challenge to other kids.

Help they have. The stand has turned into a Facebook and Twitter challenge. She has even invited people to suck on a lemon and send her their reaction in a video. Aside from the natural attention Na’ama gets from neighbors and friends, her use of social media has catapulted her idea into the global news realm, and people from all over the world have joined in the effort.

She eventually branched out to add a bake sale, and later, an ice hockey charity event. All along the way, she has inspired others to drink lemonade, buy sweets, skate or try their own hand at amassing money that will help end the disorder.

While raising money for a researcher’s salary may seem like an overwhelming task, Na’ama did it by squeezing lemons into a refreshing drink for 50-cents a glass and posting about it on Facebook. 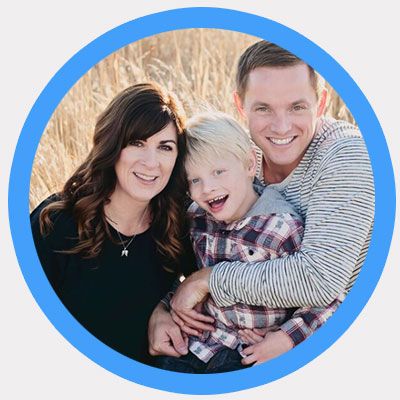 It started as a simple backyard barbeque. Ben and Lori Ray thought they should thank their family and friends who supported their walk to raise money to cure Angelman syndrome.

“You’ve just got to start somewhere,” says Lori, a hairdresser by day. She and her husband, Ben, who owns a home automation business, ventured into fundraising the year their son, Kellan, was diagnosed with the disorder.

“We tried to learn everything we could, and wanted to help find a cure for our son,” Lori explains. “We participated in a walk to raise money. We held a backyard barbecue for the people who sponsored us as a way to thank them. But then we thought, ‘Hey! We could raise more money with this barbecue.’”

After that, the Bash for FAST, as they called it, took on a life of its own. The Rays foot the bill for all of the food and drinks. They have a taco truck come in to supply the eats, order special souvenir cups that people can purchase for $5 and rent a bouncy house. They do not charge for the event itself, but people who attend are inspired to help raise money. They bid on silent auction items, buy raffle tickets, purchase a $5 souvenir cup for their drinks and simply give money at the event or online.

The Rays’ creativity and drive spurred friends and family to pitch in. A friend with a band provides entertainment. Someone knew of a port-a-potty business that would donate facilities for the event. Someone else helped add the silent auction. Another runs the raffle.

The Rays decided to funnel everything through a crowdfunding site: YouCaring. It’s where people can pay for their silent auction and raffle purchases, as well as simply donate to the cause. The crowdfunding site is active before and after the event so that people who cannot attend still have a way to participate.

In its fifth year, the Bash for FAST attracted about 175 people.

How do the Rays get all of those people?

The hardest thing is the initial asking, says Lori. Email has been the answer.

“Using an email invitation took the scariness out of it all,” says Lori. She and Ben composed an email, sent it out to all of their family, friends and business associates, and invited them to share it with others, too. The word has spread, and every year, the event grows.

Raising money, enough to make a difference in Angelman research, may seem like a daunting task. But once you get started, says Lori, it just gets easier.

“Just do something,” she says, “a bake sale, a barbecue. You just have to start, and then you realize how many generous people are eager to help.” 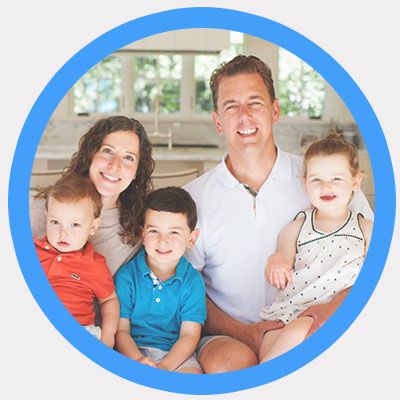 Start with the people you know

Combine hope, digital tools, family and friends, and soon you will be able to raise money for Angelman syndrome research just like the Schlueter family.

John and Bethany Schlueter opened a CAN page and sent an email message to all of their family and friends with an update about their daughter Grace and an invitation to support FAST’s research team.

With some simple strategies, the Schlueters have incrementally increased the people contributing toward FAST research. They have raised nearly $400,000.

They shared their CAN page on all of their social media pages.

Every email they sent included a tagline: “Please join in helping my daughter Grace to walk, talk and live seizure free,” along with the link to their page.

Soon after, friends and family were spreading the news and finding their own creative ways to help. Several family members used special occasions – anniversaries, birthdays and wedding days – as an opportunity to ask for a donation in lieu of gifts.

“We are always on the lookout for opportunities to donate to FAST,” says John. “We designated FAST as our favorite charity with companies that have charitable giving programs, and we are planning a go-karting event.”

Bethany’s sister hosted a fashion show and even found a hotel bar that provided an opportunity to raise money by serving cocktails to colleagues, friends and family.

“John served as a guest bartender, and we got to send FAST 10 percent of the bar revenue and 100 percent of the tips,” Bethany adds. “Raising money for FAST is fun and easy. You just have to take that first step.”